The importance of Thiamine in Parenteral Nutrition Therapy Q & A

The importance of Thiamine in Parenteral Nutrition Therapy Q & A

Although lactic acidosis and encephalopathy due to thiamine deficiency have been described as early as 1970s, most clinicians involved with nutrition therapy still generally focus on giving macronutrients and neglect the importance of vitamins and trace elements. This has prompted the US FDA to recently release an updated recommendation of providing parenteral multivitamin preparations recently to minimize the risk of thiamine deficiency during parenteral nutrition therapy. K Sriram at al published a review on Thiamine in Nutrition Therapy in 2012 (1) which highlighted the importance of thiamine in nutrition therapy and practical tips on the prevention and management of deficiency state (Nutr Clin Pract, 2012;27:41-50). Surprisingly, beri-beri which was thought to have disappeared after 1950s is in fact still commonly found nowadays. Ironically, parenteral nutrition support has become one of the known risk factors.

What is the normal level of vitamin B1 in the body?

Being a water-soluble vitamin with short half-life the total body storage of thiamine is very low (25-30 mg). The concentration of vitamin B1 (tiamine) in whole blood is 25-75 ng/mL, or 74-222 nmol/L.

Why is thiamine essential during parenteral nutrition therapy? 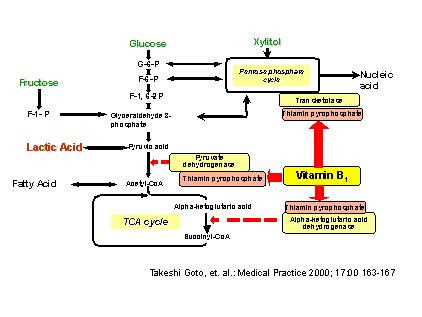 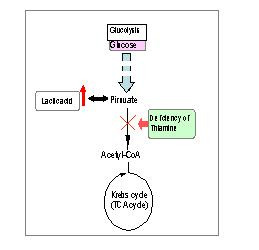 Why does lactic acidosis due to thiamine deficiency cause neurological manifestations (e.g Wernicke‘s encephalopathy)?

Focal damage due to lactic acidosis is its effect on vulnerable brain structures (mamillary bodies and postmedial thalamus). There is focal lactate production in the brain. Apoptotic cell death due to N-methyl-D-aspartate toxicity is responsbile for neurologic symptoms in thiamine deficiency (2)

When could    clinicans suspect Wernicke Encephalopathy?

How much thiamine is required to avoid metabolic complications?

In general, daily maintenance requirement in adults ranges from 1.1-1.2 mg orally and 3 mg parenterally. (1,2) Recommendation from several sources is given in the following table: 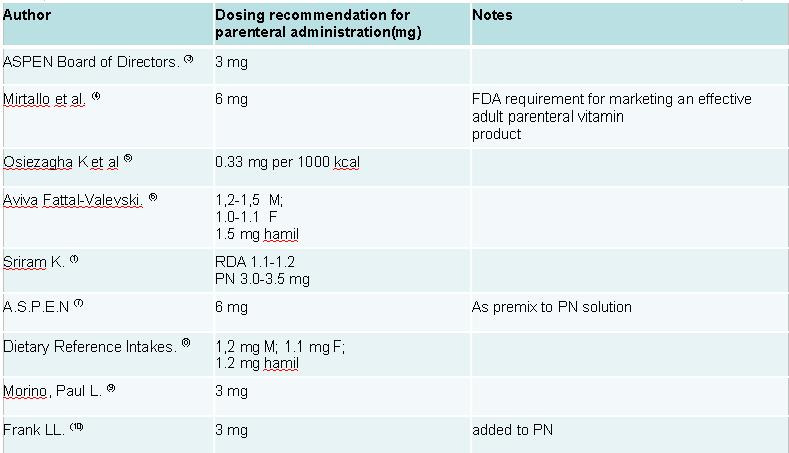 Which groups of patients are susceptible to vitamin B1 (thiamine) deficiency and thus should alert the attending physician?

Thiamine deficiency is prone to occur in the following patient groups:

Based on various references, dosing recommendation for parenterally supplemented PPN and TPN is enough with daily maintanance of 3 mg. Does it apply for all hospitalized   patients ?

Maintenance dose of 3 mg is enough for prevention of thiamine deficiency. However in the following circumstances much higher intake will be required:

In there any correlation between thiamine concentration and critical illness? 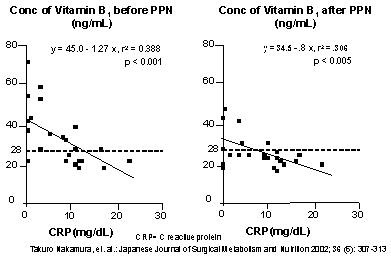 How much thiamine is at least  required as daily maintenance for covering the metabolism parenteral glucose?

The body requires a minimum of 0.33mg thiamine for every 1000 kcal consumed, so individuals who consumed an average diet 2000kcal per day should receive thiamine 0.66mg daily at minimum (5)
BFLUID® contains 1.5 mg of thiamine for 75 g of glucose in 1000ml. This amount is sufficient to cover metabolism of 75g glucose

The role of thiamine should not be neglected in parenteral nutrition. All patients receiving parenteral nutrition require approximately 3 mg of thiamine maintenance dose daily to prevent serious complications such as lactic acidosis and Wernicke encephalopathy. In various clinical scenarios where thiamine dficiency should be sucpected, treatment should be initiated before or in the absence of laboratory confirmation. 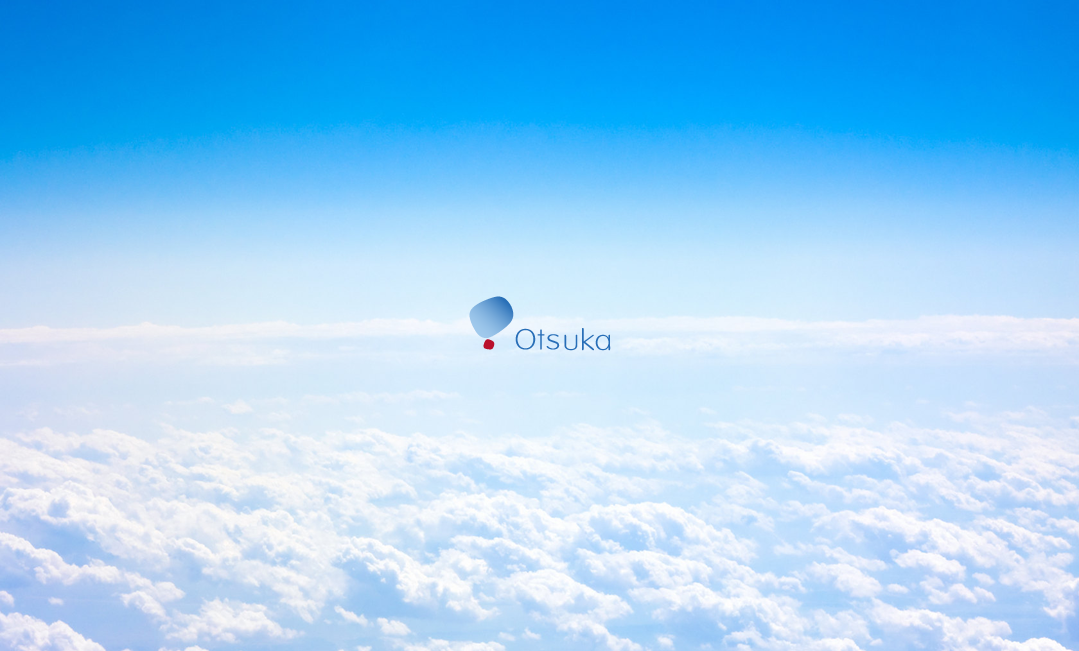