The 40th Anniversary of PT. Otsuka Indonesia/PT.OI was held on September 15th, 2015 at PT. Otsuka Indonesia, Lawang Factory in simple way, with the theme “Open a New Horizon for a Better Life”, attended by 80 participants from Otsuka Group, Chief Plant of PT.OI and its Formers, Shareholders, Stakeholders, Board of Directors/Board of Commissioners of Otsuka Group, Management of PT.OI’s Head Office, Representative of Indonesia Labor Union/SPSI, Consultant, Project Contractor as well as PT. OI’s former employees.

This 40th Anniversary ceremony of PT.OI was started at 09:00 am with the Opening Remark by PT. OI’s Factory Management and its Head Office as well as Opening Remark by Chairman and Representative Director of Otsuka Holdings, Co., Ltd. with the songs rhythm of Otsuka Mars and Otsuka Hymne performed by Otsuka Factory Choir Team.

After Opening remarks were completed, followed by Photo Sessions with all Participants. Afterward, it’s continue with the Ceremony of Material Warehouse Project that had been completely constructed within five months as well as followed by the Ceremony of SVP Ampoule unit production by the Chairman and Representative Director of Otsuka Holdings, Co., Ltd.

After enjoyed looking around at some Photo Galleries, which were shown the Historical Photo documentation of PT.OI started from Lawang Factory constructed project up till recently. The delegation had lunch together which began with cutting ceremony of “Tumpeng Rice” by the by the Chairman and Representative Director of Otsuka Holdings, Co, Ltd., submitted to the Technical Operational Director accompanied by Furusato Choir Team until 12.30 am with the prayer: “More success for PT. Otsuka Indonesia in contributing for better people health”. 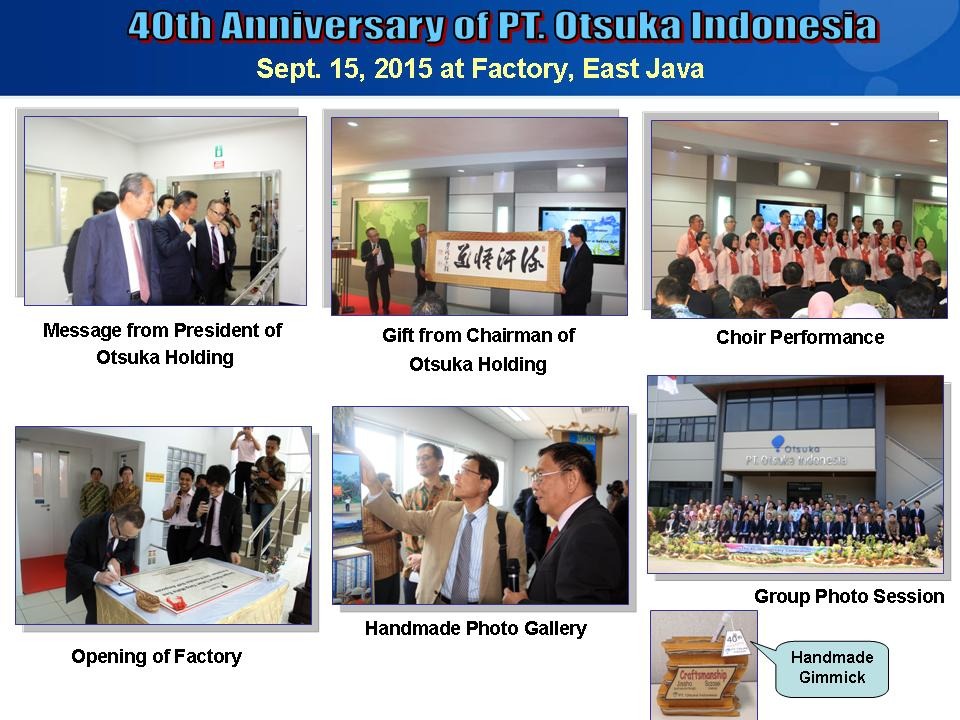 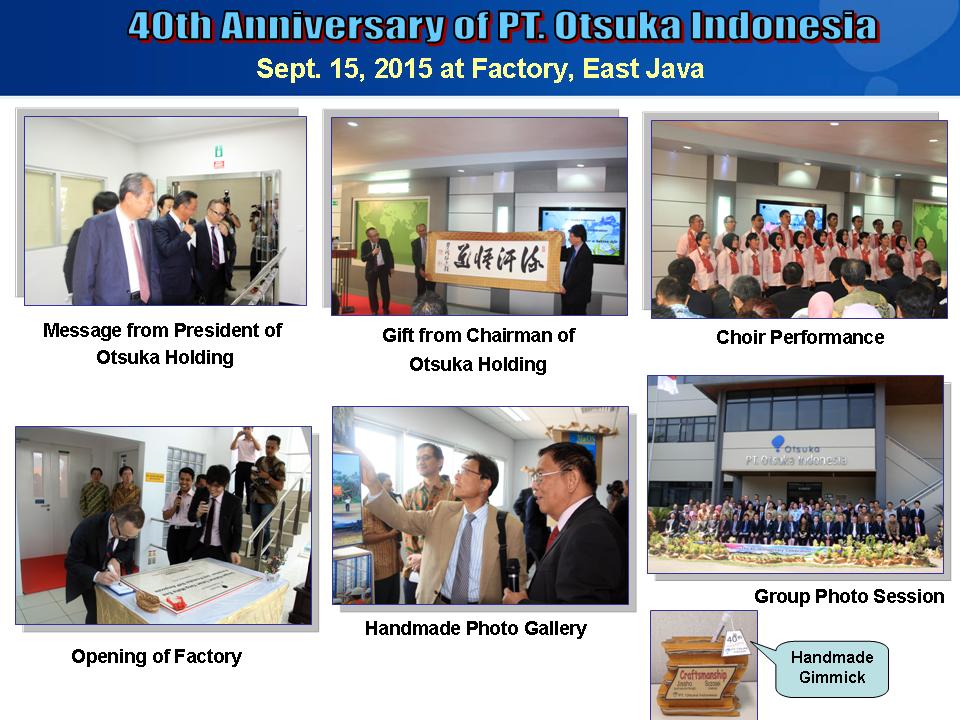