1. Introduction
Soybean (Glycine max L.) is a species of legume native to East Asia, widely grown for its edible bean which has several uses. This chapter will focuses on soybean nutrition and its effects on human health.

2. Soybean and nutrition
Soybean is recognized as an oil seed containing several useful nutrients including protein,
carbohydrate, vitamins, and minerals. Dry soybean contain 36% protein, 19% oil, 35% carbohydrate (17% of which dietary fiber), 5% minerals and several other components including vitamins.
Soybean protein is one of the least expensive sources of dietary protein. Soybean protein is considered to be a good substituent for animal protein, and their nutritional profile except sulfur amino acids (methionine and cysteine) is almost similar to that of animal protein because soybean proteins contain most of the essential amino acids required for animal and human nutrition. Soybean protein is one of the least expensive sources of dietary protein. On the other hand, Soy vegetable oil is another product of processing the soybean crop used in many industrial applications. Soybean oil contains about 15.65% saturated fatty acids, 22.78% monounsaturated fatty acids, and 57.74% polyunsaturated fatty acids (7% linolenic acid and 54% linoleic acid). Furthermore, soybeans contain several bioactive compounds such as isoflavones among other, which possess many beneficial effects on human health.

3. Bioactive compounds of soybean
Isoflavones (soy phytoestrogens) is a subgroup of flavonoids. The major isoflavones in soybean are genistein, daidzein, and glycitein, representing about 50, 40, and 10% of total isoflavone profiles, respectively. Soy isoflavones, daidzein and genistein, are present at high concentrations as a glycoside in many soybeans and soy food products such as miso, tofu, and soy milk.

4.1. Effects on cancer
Recent studies suggested that soy food (soy milk) and soybean protein containing flavonoid genistein, Biochanin A, phytoestrogens (isoflavones) consumption is associated with lowered risks for several cancers including breast, prostate, endometrial, lung, colon, liver, and bladder cancers. Isoflavones (genistein) use both hormonal and non-hormonal action in the prevention of cancer, the hormonal action of isoflavones has been postulated to be through a number of pathways, which include the ability to inhibit many tyrosine kinases involved in regulation of cell growth, to enhance transformation growth factor-β which inhibits the cell cycle progression, as well as to influence the transcription factors that are involved in the expression of stress response-related genes involved in programmed cell death. Other nonhormonal mechanisms by which isoflavones are believed to increase their anticarcinogenic effects are via their anti-oxidant, anti-proliferative, anti-angiogenic and anti-inflammatory properties.

4.2. Effect on hypercholesterolemia and cardiovascular diseases
By studying the effect of soy bean protein and isoflavones, reported that these major components of soybean flour (soybean proteins and soybean isoflavones) independently decreased serum cholesterol. Recent study reported that soybean protein containing isoflavones significantly reduced serum total cholesterol, LDL cholesterol, and triacylglycerol and significantly increased HDL (high-density lipoprotein) cholesterol, but the changes were related to the level and duration of intake, and gender and initial serum lipid concentrations of the persons.Soybean oil effective in lowering the serum cholesterol and LDL levels, and likely can be used as potential hypocholesterolemic agent if used as a dietary fat and ultimately help prevent atherosclerosis and heart diseases . Soybean oil is a rich source of vitamin E, which is essential to protect the body fat from oxidation and to scavenge the free radicals and therefore helps to prevent their potential effect upon chronic diseases such as coronary heart diseases and cancer.

4.5. Effect on blood pressure and endothelial function
Studied the effects of dietary intake of soybean protein and isoflavones on cardiovascular disease risk factors in high risk, middle aged men in Scotland. For five weeks, half the men fed diets containing at least 20 g of soybean protein and 80 mg of isoflavones daily. The effects of isoflavones on blood pressure, cholesterol levels, and urinary excretion were measured, and then compared to those of the remaining men who were fed placebo diet containing olive oil. Men that fed soybean in their diet showed significant decrease in both diastolic and systolic blood pressure. In addition, found that feeding soy nut significantly decreased systolic and diastolic pressure in hypertensive post‐menopausal women. Soy protein and soy isoflavones intake improved endothelial function by raising the levels of endothelial nitric oxide synthase (eNOS), a regulator of the cardiovascular function.

4.6. Effects on platelet aggregation and fibrinolytic activity
The effect of genistein, a protein tyrosine kinase inhibitor on platelet aggregation was exhibited. Nattokinase, a strong fibrinolytic enzyme, in the vegetable cheese natto (a popular soybean fermented Japanese food) showed approximately fourtimes stronger activity than plasmin in the clot lysis assay.
Thus, by consuming soy bean include its processed products such as tempeh, tofu and other products, which contains isoflavone as one of its bioactive compound has beneficial effects on human health. 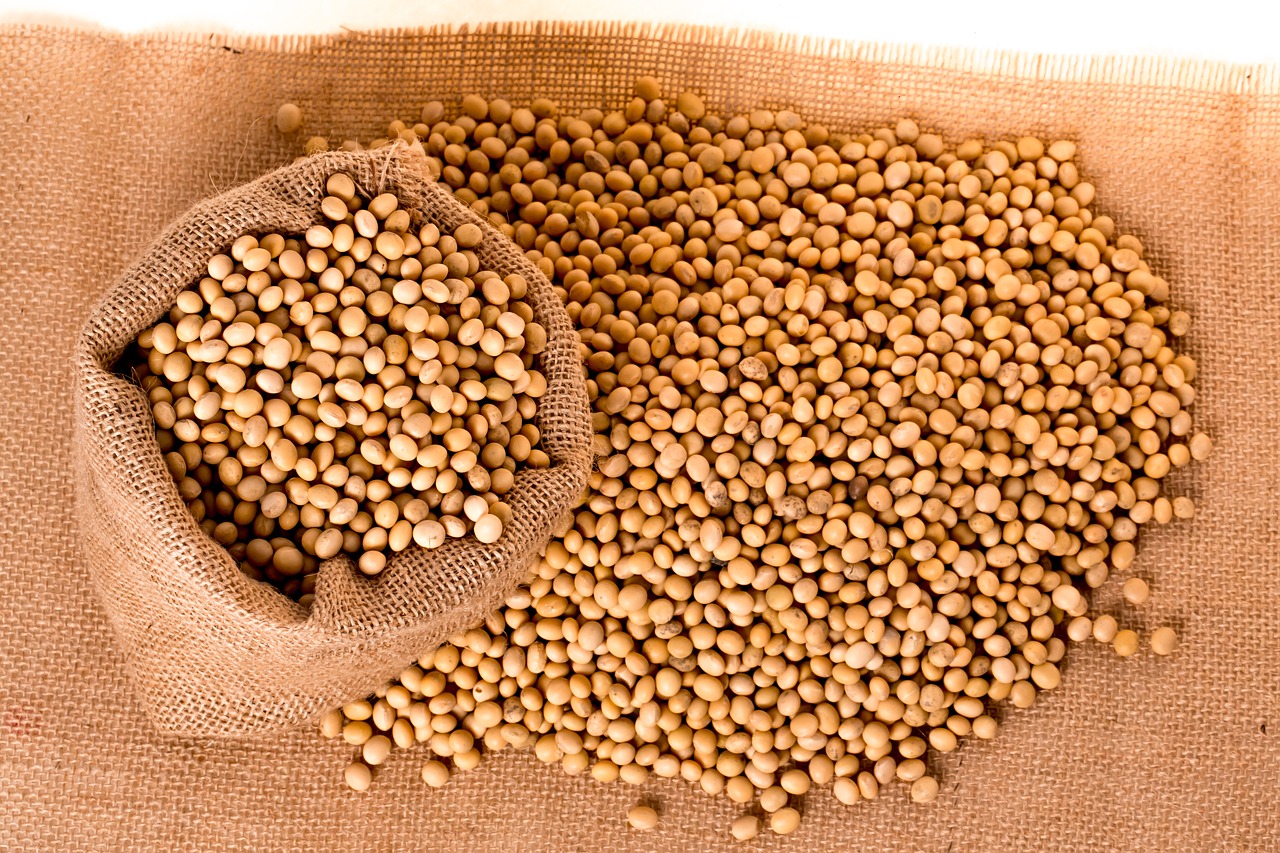