The first selection of aid recipients was conducted by PT. Otsuka Indonesia in collaboration with the Head of Neighborhood Association/ Administrative Unit and Local District Administrative based on the economy situation of needy community for their children's education aid support. Its selection was also conducted through the Principal surroundings of Lawang factory based on needy children for education aid support. 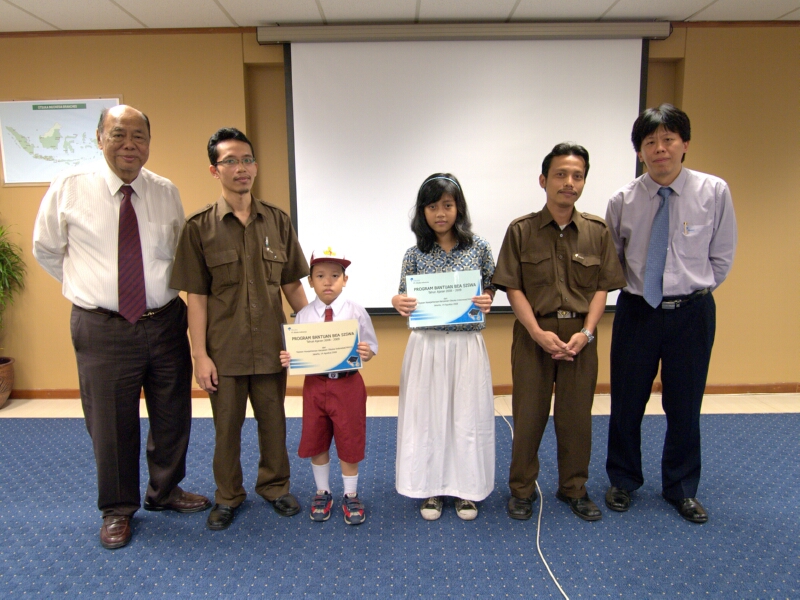