The Customs office in Juanda Surabaya, East Java province on last March 22nd, 2012 handed the award on “Compliance with Customs users” year 2011 for the category of importer. PT. Otsuka Indonesia be nominees from five companies that were awarded. This obviously has proven that PT. Otsuka Indonesia is a very docile and obident company to rules applicable in the jurisdiction of Republic of Indonesia. 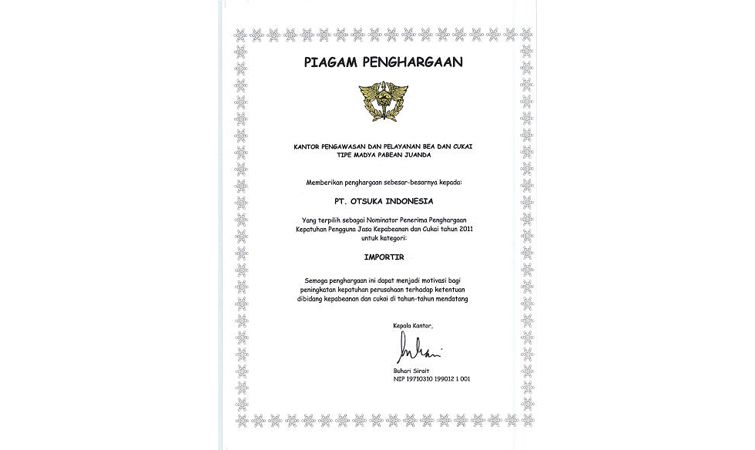