The spirit of Rio Olympic 2016 is spreading as well to Otsuka Group here by conducting Otsukalympic 2016 divided into Two regions: West and East. For West competition had been conducted at Ciracas Sport Centre, Jakarta on September 18, 2016. Whereas the venue of East region held at AIO Kejayan on Sept. 19 to 25, 2016.

Actually, this event is the first time Sport Day event among Otsuka Group that will be hold once every two years with the main goal is to more strengthen the friendship among some company members of Otsuka Group. Whereas, the sport competition categories were as follows: Futsal, Basketball, Volleyball, Badminton, Tug of War including Supporters. Whereas at the East, there is an additional sport competition is Table Tennis.

For those West region Otsukalympic 2016, PT. Otsuka Indonesia with the motto of “Unity is Power” got to win as the First winner of Tug of War, the Second winner of Basketball and “The Best Performance” for Supporters. West region achievement, PT. Otsuka Indonesia achieved the fourth rank. While, East region achievement, PT. Otsuka Indonesia to be the General Winner for some sports competition: First winners were: Futsal (Man), Volleyball (Woman), Group Badminton while Second winners were: Basketball (Man), Volleyball (Man) and Group Table Tennis and the Best Performance for Supporter. 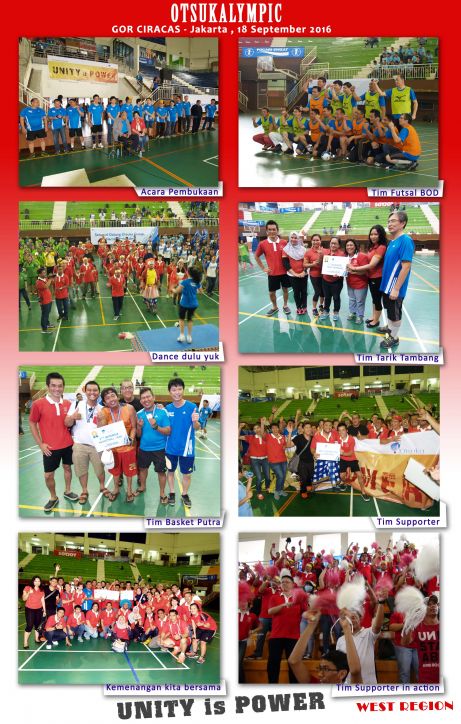 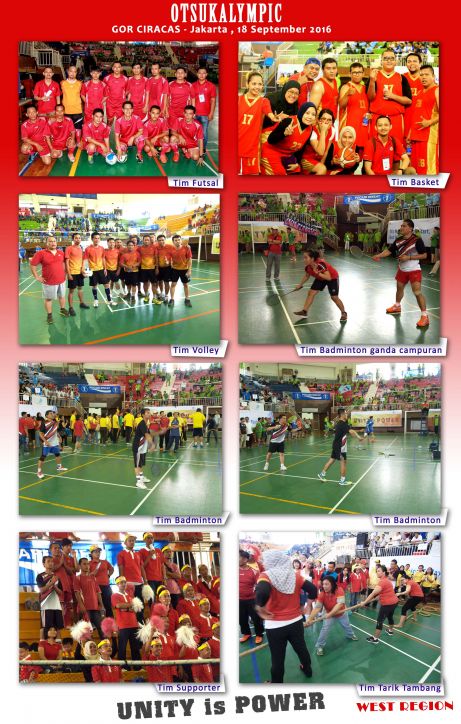