Following an earthquake that shook the southern region of West Java, a tremendous earthquake struck back to Indonesia region. 7.6 earthquake with the strength-based SR and 57 km southwest of West Sumatra province Pariaman occurred on September 30, 2009 at 17:16 pm. As a result, hundreds of people died and more than a thousand people were injure, besides damage to buildings. Worst places hit were Padang city and Padang Pariaman.

The aid submitted directly by the representative of Otsuka Group to Hospitals, PT. Askes Padang, Indonesian Red Cross and Health Service Center to be distributed to all victims.

With this assistance is expected to alleviate the suffering of quake victims either injured or rendered homeless. 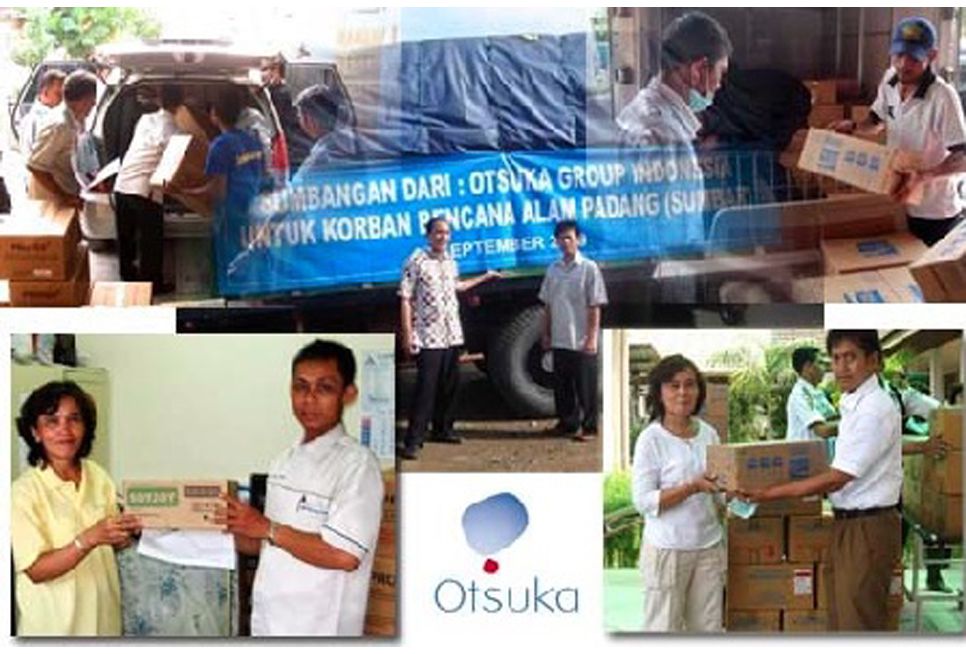