On Wednesday, September 2nd, 2009 around 4.55 pm, an earthquake again shake turbulently Indonesia particularly surrounding Southwest of Tasikmalaya, West Java. This earthquake measuring 7.3 on the Richter Scale (SR) and the whole regions of Java island including Jakarta was also felt the quake.

It claimed over 70 people were killed, 966 people were injured, 32 people were missing and damaged buildings about 18,278 houses in Tasikmalaya, Cianjur, Sukabumi and Bandung region.

With this aid, we do hope that we could lighten the burden of victims and also as one of Otsuka Group’s care activity towards surrounding Society. 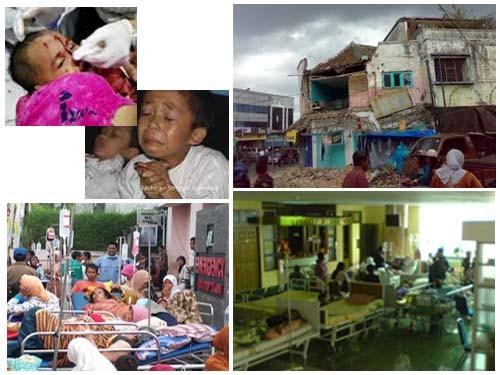