Tuberculosis (TB) is considered one of the world's deadliest infectious diseases. It is airborne and highly contagious, meaning a person must only breathe in these bacteria to become infected. One third of the world's population is estimated to be infected with TB. In 2013, 9 million people became sick, and 1.5 million people died from the disease, including 360,000 deaths among H1V-positive people.1

The emergence of multidrug-resistant tuberculosis (MDR -TB) has become a major global health concern to many countries, especially those in low and middle -income settings. Among all cases of TB globally, the World Health Organization (WHO) estimates that nearly 4% of new cases and 20% of retreatment cases are multidnig-resistant. 2 Among MDR -TB cases there are those that respond to even fewer available medicines, including the most effective second -line anti -TB treatments. These people have what is known as extensively drug -resistant TB (XDR-TB), and they make up almost 10% of MDR -TB cases.2

In the last 40 years there has been little advancement in TB treatment, which has contributed to the rise in drug resistance. In order to bring new treatments to bear, an increase in infrastructure and clinical trial capacity, new trial designs, clear regulatory guidelines, biomarkers for prediction of long-term outcome and ultimately novel drug combinations are needed.3

The emergence of MDR-TB has become a major global health concern, MDR-TB occurs when a person becomes resistant to at least rifampicin and isoniazid, two of the first line anti-TB medicines. Resistance to anti-TB drugs can occur when they are misused or mismanaged, including failure to complete a full course of treatment, inappropriate treatment administration, drug supply issues, or poor quality drugs

Approximately 480.000 new cases of MDR-TB emerged in 2013, but less than half of patients were succesfully treated.1

WHO'S AT RISK FOR TB?

• People infected with TB bacteria have a 10% risk of falling ill with TB in their lifetime.
• People with compromised immune systems—those living with HIV, diabetes, or tobacco users—have a higher risk of falling ill.
• In 2013, over half a million children ages 14 and younger fell ill with TB and 80,000 died.
Source WHO Global TB Report 2014

• Drug resistant TB is the man-made result of interrupted, erratic, or inadequate TB therapy.
• Approximately 480,000 people developed MDR -TB in 2013.
• Nearly 4% of new TB cases and 20% of retreatment cases are estimated to be multidrug-resistant.
• MDR -TB is nearly twice as prevalent in those infected with both TB and HIV/AIDS than in those with TB alone,
• Approximately 210,000 people die annually from MDR -TB.
• In 2013, a third of all MDR -TB cases were.in India. China, and the Russian Federation.
Many countries have developed plans to address MDR -TB, but the global response is still insufficient.
Source WHO Global TB Report 2014

Descpite substantial progress in efforts to contol TB, its global remains high, MDR-TB is most prevalent in 27 countries -- 15 in the European regions -- that account for over 80% of all cases. In 2013, more than half of the estimated MDR-TB cases among notified pulmonary TB cases was concentrated in three countries: 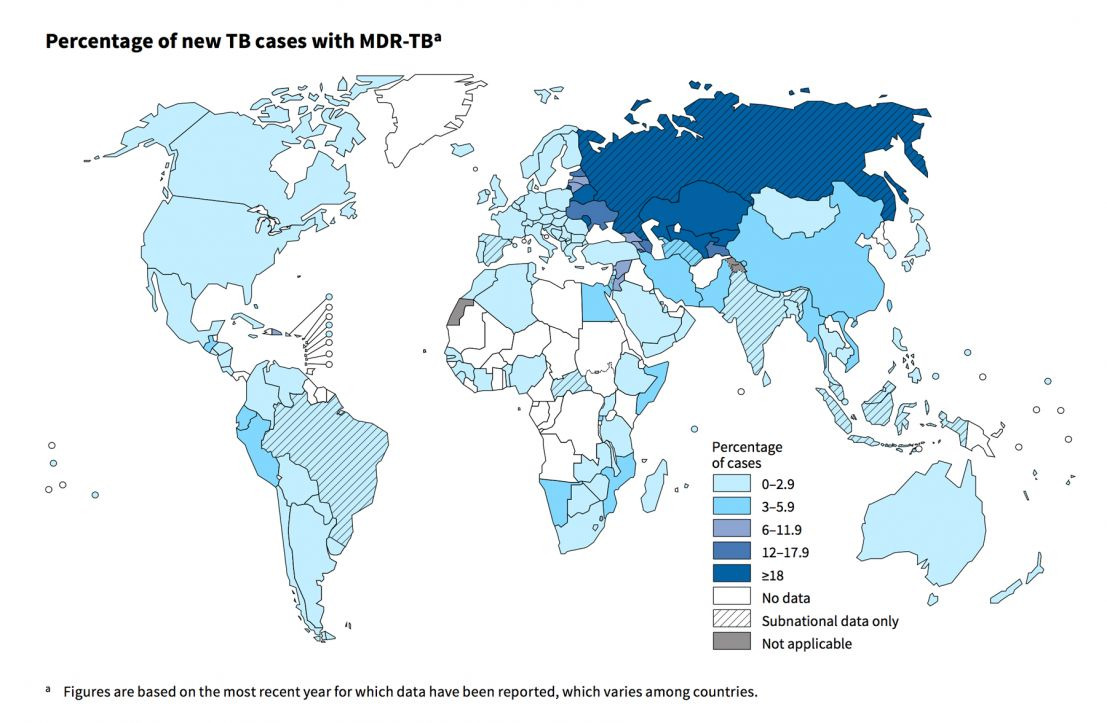 DIAGNOSIS AND TREATMENT OF MDR-TB

While a number of diagnostic tests exist, TB is typically diagnosed in many settings throughout the world based on clinical symptoms and on a sputum smear test in which the sputum smear is stained and viewed under a microscope. The results are often confirmed by culturing the sputum to check for growth of the TB bacteria. However, the diagnosis of MDR -TB is more difficult as it requires special laboratory diagnostic capacity for drug -susceptibility testing, but many countries, especially in low-income settings, have little or no diagnostic capacity for MDR -TB. In 2013, over 50% of new MDR -TB cases were among people who have never been treated for TB. Detection of TB without testing for drug -resistance can lead to poor treatment outcomes, additional and unnecessary suffering and costs for patients, as well as further spread of drug resistant strains.'

In the last 40 years there has been little advancement in TB treatment, which has contributed to a rise in multidrug-resistance. There are currently several drugs available for the treatment of TB. However, these treatments are older and a significant amount of drug resistance has developed over the years. When first- line drugs fail, second -line drugs are used to treat MDR -TB. They must be taken for up to two years in order to cure the infection, placing patients at an increased risk for side -effects and drug interactions. Failure to comply with this treatment regimen can lead to XDR-TB, which occurs when patients become resistant to at least one of the injectable second -line anti -TB medicines, amikacin, kanamycin and/or capreomycin, and to a fluoroquinolone. In countries with high proportions of TB drug resistance and those with a large population Alt of TB and HIV/AIDS co -infection, developing rapid detection methods and improving the management of patients with drug -resistant TB is an urgent priority. 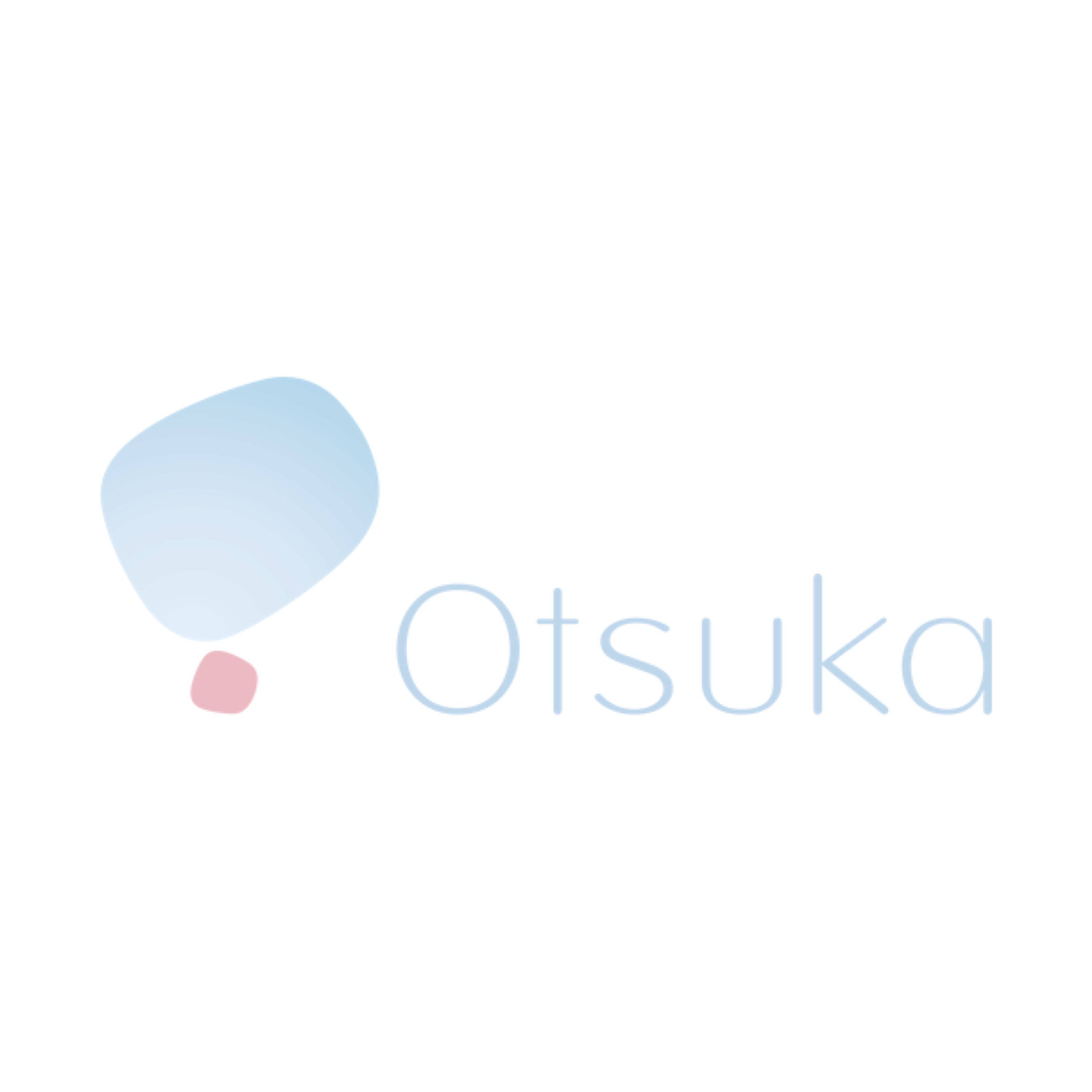