This provision aimed as a form of PTOI's concern in improving education and participating in education the Nation's children, especially the underprivileged people in the environment around the PTOI factory in Lawang. This activity was also in line with the Vision and Mission of PTOI’s Corporate Social Responsibility (CSR) in the field of education. The scholarship aid had been run by PTOI since the year 2004. Over the past 13 years, the number of children who had received scholarships from PTOI had reached a total number of 1,407 children.

"We extend our gratitude to PT. Otsuka Indonesia for providing scholarship to our citizens. Hopefully this concern will continue as a form of PT Otsuka Indonesia's concern to participate in educating the nation's children". That was the welcome speech of Kalirejo District head, Mr. Basuki during the scholarship aid ceremony at Pendopo of Kalirejo Village. 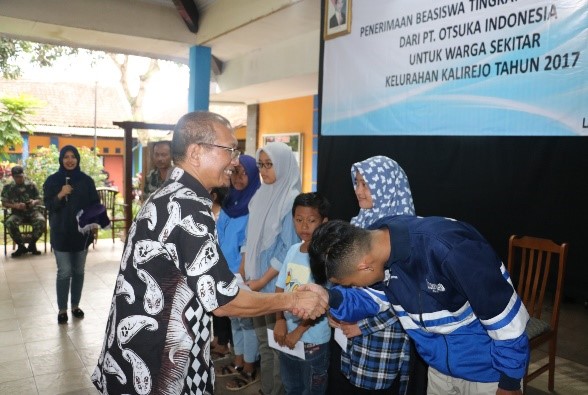 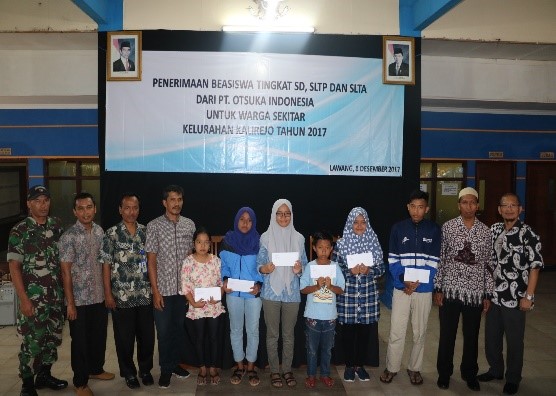 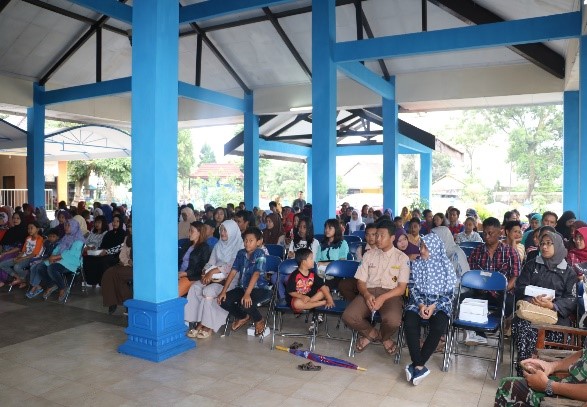